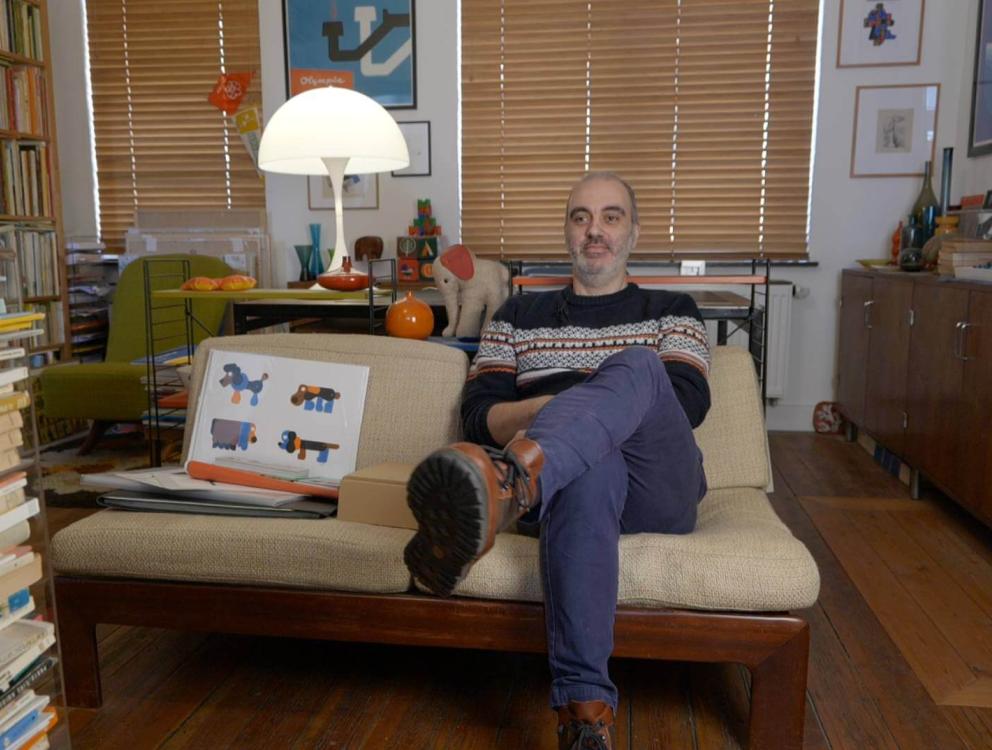 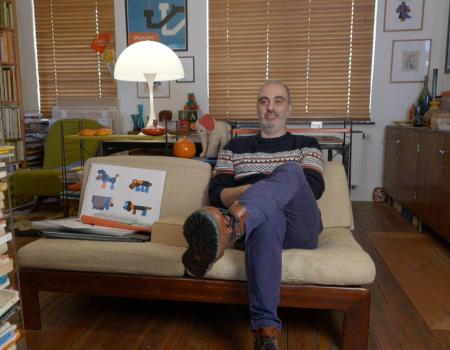 After studying comics, he became interested in visual communication in a broad sense and in illustration for children in particular. In collaboration with French, American and Korean publishers, he has produced around fifty children's books, some of which have been translated into ten languages. In Belgium, he developed "children's" products for the Atomium. In 2016, he initiated the JUNGLE festival in his city, of which he was in charge of the artistic direction. With the company En Attendant in Dijon, he has just created ANIMORAMA, a playful installation for young children, as well as a related show: "Everything is upside down". He recently launched the book "Couché" by Editions de Articho. In his workshop a series of printing machines, including a Riso MZ970, allow him to print his own images and fanzines. Vincent lives in Liège, where he teaches comics and illustration at ESA Saint Luc.