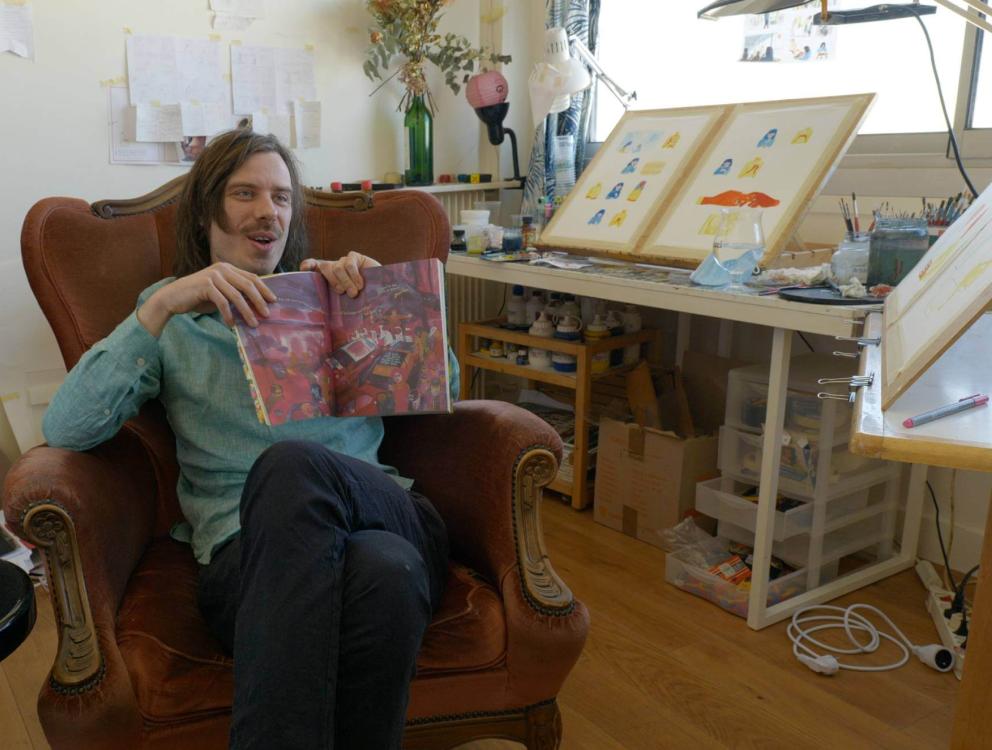 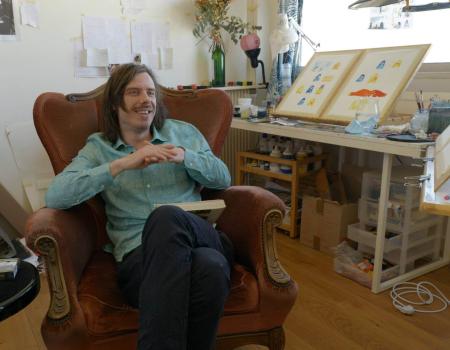 Belgian cartoonist Brecht Evens was born in 1986 and studied illustration at Sint-Lucas Gent, Belgium. Important mentors were his illustration teacher Goele Dewanckel and the cartoonist, comedy coach and zen master Randall Casaer. His comic book "A Wrong Place" (2009), started as a graduation project and was one of his most important works. Other important award-winning books include "The Enthusiasts" (2011), "Panther" (2016) and his latest comic "The City of Belgium" (2018) which will be published this year by Astiberri under the name "Jolgorio". Brecht is part of this new batch of Flemish illustrators such as Brecht Vandenbroucke, Olivier Schrawen among others, responsible for the renewal of the graphic image of Belgian illustration and comics.